With a world on fire demanding racial justice and voices crying out in agony and pride that Black Lives Matter, I stand in solidarity in message and action with the powerful movement that is finally sweeping our world. I have written this personal piece in the hope of contributing to all of our work in dismantling supremacy and oppression.

This is the scariest thing I have ever written. I was born in 1958 in South Carolina. My parents, Jewish New Yorkers, were stationed there while my father served in the army. When I was nine I found my baby photos, black and white Polaroids, nestled next to photos of burning crosses. My very young and naïve parents had stumbled into a KKK gathering and after listening to the spew of hatred directed towards Blacks and Jews, vomited and ran the hell out of there. 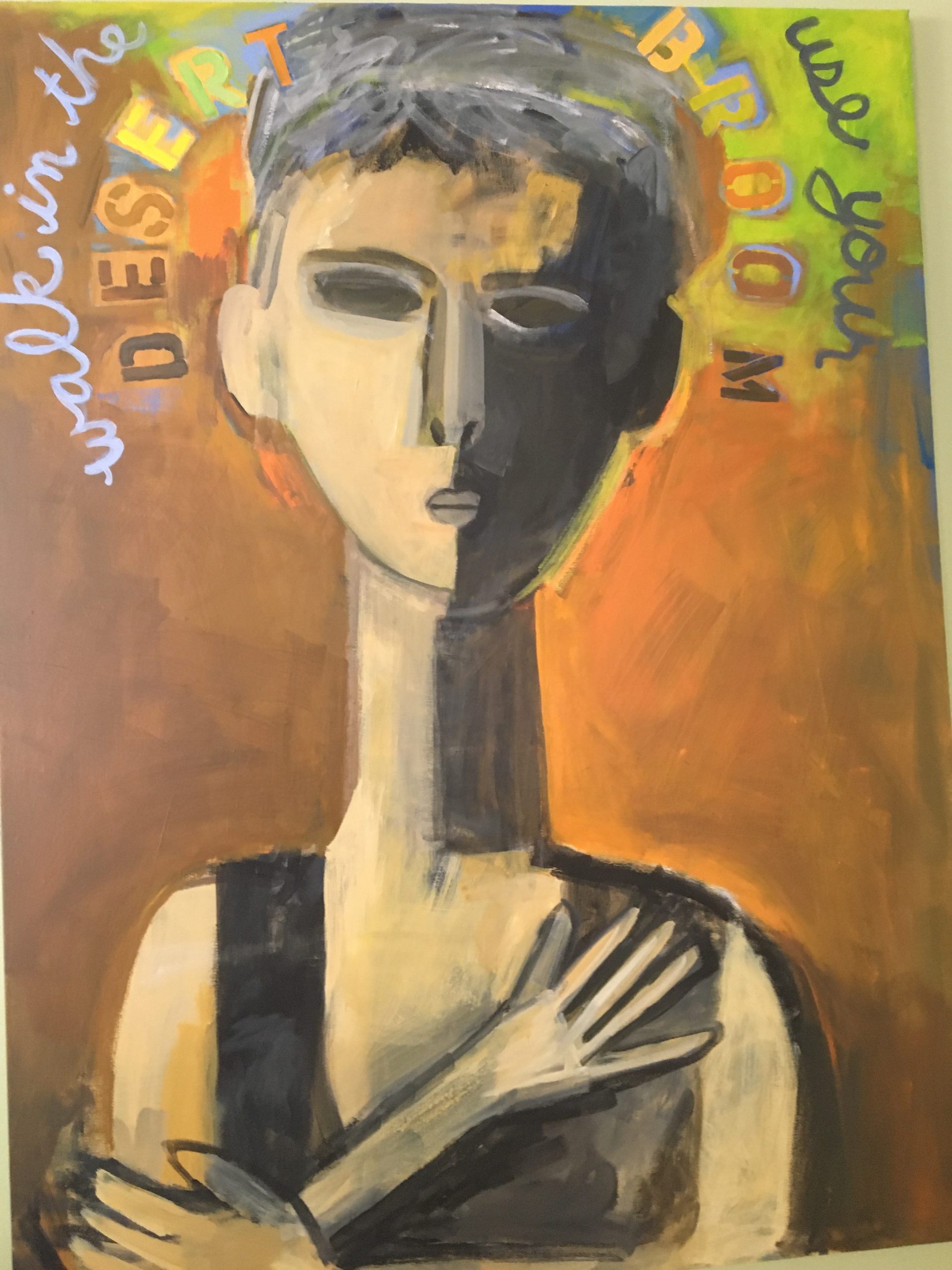 I grew up in a town 35 minutes north of NYC populated by Italian Americans and was one of a few Jews in grade school and junior high. Mostly I was terrified and desperately wanted to fit in. I knew there were lines that would never be crossed; social gatherings through the Catholic Youth Organization, a swimming pool that I would never attend. I would never attract the interest of Italian boys, and on Wednesday afternoons my entire class walked the two blocks to St. Anthony’s for religious instruction while I remained alone with the teacher. I endured taunts of “dirty Jew” and “kike” and had rocks thrown at me. I skulked around school, could hardly stand up straight, holding back hot tears of shame. When my school work hung on the walls I found those same cruel words defacing my work. And one day, I was scared for my life when 20 girls targeted me for a beating. Surrounded by them, pushed and shoved with no escape, the crowd parted as the leader sauntered into my space and gave me a hard shove. I punched her in the face, she fell on the ground, and I ran onto the school bus. How I survived school after beating up the leader is a story for another day.

It is hard to convey the deep terror I feel as a Jew. Whenever I am asked if I am Jewish, the answer does not come easily. I am never comfortable. Once an employer, a blond-haired, blue eyed man by the name of Hanson, asked me; and when he saw my hesitancy and fear, replied, “it’s okay, I am too.” Outside of Jewish enclaves, when I am in a store and searching for Hanukah candles or matzoh, a part of me wonders who will see me. I grab my products and quickly walk away. At times I have been in a store unable to find matzoh, summoned the courage to ask, and have been met with a blank look or worse yet, a look that lingered making me feel very uncomfortable.

This history has been fundamental to my personal growth, my life lens, and path in the world. But it wasn’t until about five years ago in the midst of discussions around race, that I found myself in profound and painful turmoil as my history emerged in a new way. Where am I in this dialogue? Engaging in the urgent and global conversation around racism and the change that needs to happen is close to my heart. But am I only a white woman in this conversation? Of course, with white skin I have had enormous privilege. But something was nagging me and felt difficult to touch, to even be aware of. And then I heard myself say, “I come from a people that have been historically hated for thousands of years.” I let that sink in, the impact in my cells, my nervous system, and psyche. The way I am on high alert, the feeling of being so despised and unwanted goes deep.

Last year I sent in a sample to Ancestry.com. 100% Eastern European Jewish. I belong to an ethnic group that can be tracked in my DNA. I have battled casual remarks and quips of looking Jewish with the common refrain of “What does a Jewish person look like?” I have not wanted to look Jewish. Jewish was ugly; it made us straighten our hair and get nose jobs. Women and men longing for the kind of angular, lean and muscled body most prized in our culture. I can hardly write these things. But I know they are true. They are the underbelly of Anti-Semitism, so deeply internalized, so humiliating to put in print.  Jews don’t present this. We don’t talk about the deep and internalized psychological impact of being hated. How could this not impact a Jewish person? A high school teacher confided in me, embarrassed to share that after an anti-racism training, she found herself in an extreme state of mind later that evening, banging her head on the wall and screaming at herself “dirty Jew.”

Jews have been master assimilators and they have had to be in order to survive. The fear of standing out, drawing attention, and speaking out has been with Jews for thousands of years. Assimilation has helped Jews to feel more part of society and many have thrived. As a result, many have achieved success and status, so that the world does not see the burden of what Jews carry. And, we don’t show it. Jewish anxiety is a real thing. Many suffer digestive problems and related health issues. The stereotype of “Jewish” neurosis, elevated in the films of Woody Allen, with characters who are overly worried and anxious, are desperate for reassurance, and strive for perfection. Our body stores our history.

It is hard for people to acknowledge Anti-Semitism except when the white supremacists march in the street chanting “Jews will not replace us.”[1] People forget that there were Jewish quotas (understood as racial quotas that would limit the number of Jews in different establishments) in education and the work force in the U.S. up until the 1960s. Hotels would turn Jews away, club memberships forbade Jews, and certain neighborhoods were off limits. Anti-Semitic stereotypes and tropes are still used in our media.[2] Many Christians still accuse Jews of killing Christ. A woman told me that when she was in college her room-mate asked to see her horns. My grandmother told my mother to not reveal that she was Jewish. When Bernie Sanders began his bid for president in 2016 many criticized him for saying his parents were Polish immigrants and neglecting to say they were Jews who were fleeing Anti-Semitism. Other Jews understood his need for protection and felt the U.S. would never elect a Jew as president. Eventually he did speak about being Jewish.[3] And today as I write this during the Trump era with my hometown of Portland, OR under siege by unmarked military troops in camouflage, the comparison to the rise of Hitler is palpable.

In these urgent and important conversations about race, I have positioned myself as a white person with many privileges. I have listened, agonized over, and become more aware of white dominance and the impact on BIPOC. However, I notice I am not fluid enough in these conversations. I am terrified, a marked woman, caught in the crosshairs — a white target with others who have little awareness of my lived experience. Since Jewish ancestry can be seen in genetic markers there is renewed conversation about whether Jews are a race. Horrifying to many, because historically only white supremacists and Nazis have made this racial distinction. And more recently there are Rabbis using DNA tests to prove racial purity.[4]

There is much discourse about whether being Jewish is a religion, an ethnicity, or a race.  All Jews in my circle have assimilated, not identified with religion.  The dilemma of Jewish identity is portrayed so well in Spike Lee’s film, BlacKkKlansman where a Black and Jewish detective go undercover to infiltrate the KKK. Like many non-religious assimilated Jews, the detective hadn’t given a thought to being Jewish. Face to face with the chilling threat of the KKK, the Jewish detective is awakened to his identity and his black colleague underscores it by emphasizing that he has skin in the game.

Lewis Gordon, a professor of philosophy at the University of Connecticut asserts, “I see anti-Semitism as a racism. I don’t see anti-Semitism as simply about being anti-religion.” Jonathan Greenblatt, CEO of the Jewish Defamation League affirms that white or light skinned Jews (there are Jews with brown and black skin) have certainly benefitted from being perceived as white, but that “(Jewish) identity is shaped by these exogenous forces—ostracism, and exile, and other forms of persecution [like] extermination. … programmed into the DNA of the Jewish people.”[5]

I know that there is great diversity amongst Jews in regard to identity and lived experience. I feel a little naked. I can feel the scorn of other Jews who don’t share my experience or who feel extremely uncomfortable that I write this. I feel the activist position who only wants me to identify with my white skin and step aside. And of course, I will and have because I share the urgency in the fight for racial justice.  But I am more than my white skin and I can’t be silent. Silence and being hidden is intrinsic to Ant-Semitism. I want to be known.

My hope is that this piece helps people to deepen their understanding of Anti-Semitism, particularly the impact of internalized oppression and how that is inseparable from history and social oppression. I add my voice here to bring some texture to our discourse where we can value and be curious about the complexity of our lived experiences and that when discussing any kind of oppression in our families and friendship circles, workplaces and communities there is an intersection. We all have a story. I am convinced that the sharing of those stories is what brings our world closer.

I am a Jew. Today I feel a bit more comfortable saying that.

I am grateful to Errol Amerasekera who had the love and curiosity to ask me the most personal and daring questions and as a result inspired this writing. He has helped me to come out and to value my experience. 💜 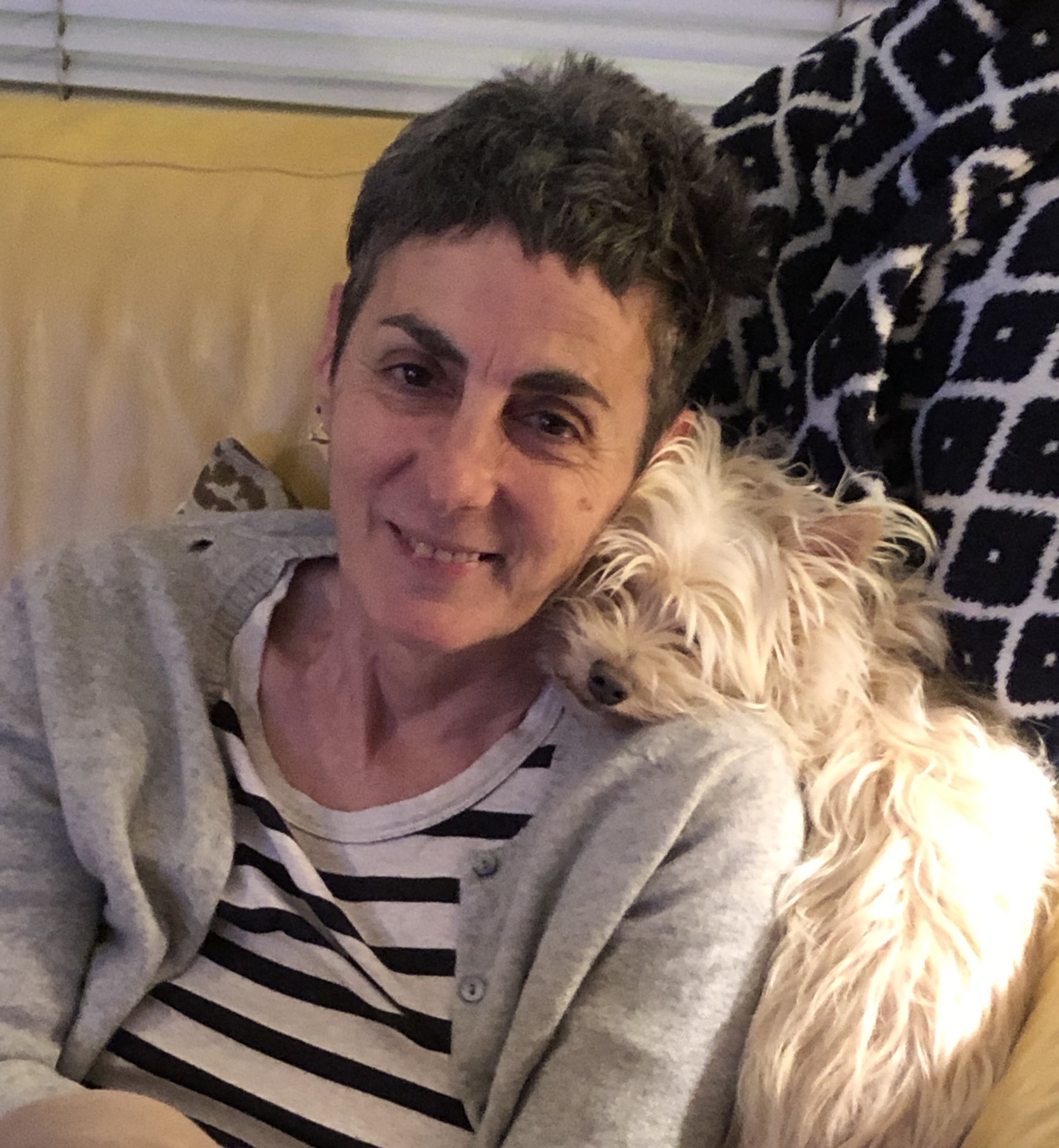 Dawn Menken, Ph.D., is a conflict resolution educator, counselor, facilitator, and workshop presenter. She is a senior faculty member in the graduate program at the Process Work Institute in Portland, Oregon and was co-creator of its masters programs, serving as academic dean for ten years. She is the creator of Teens Rise Up (TRU), a cutting edge program that empowers and educates young people to step into their leadership, engage in honest dialogue, and co-create a more welcoming school community. She is the author of the award winning book, Raising Parents Raising Kids: Hands on Wisdom for the Next Generation. A dynamic teacher with a sharp mind and playful spirit, Dawn enjoys working with people from all cultures and backgrounds.  For more information see her website: www.dawnmenken.com 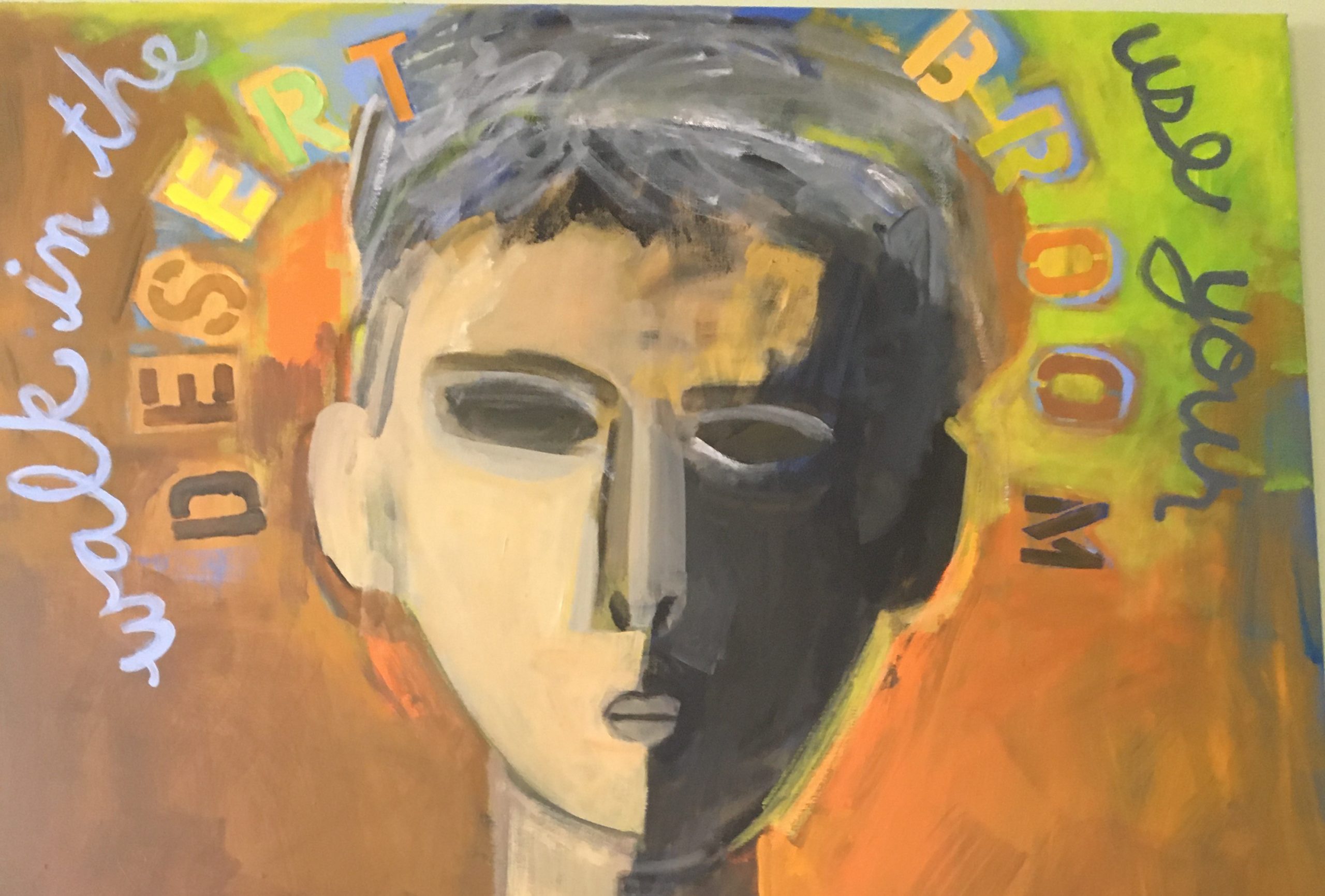