Falling In Love With Life, Staring Death In The Face

I Never Thought I would go Public about Dying of Cancer

But why not?  At our first meeting, the surgeon announced I’m going to die in two to five years.  “Is he a God?” I thought.  It put me into an extreme state; I lost awareness of myself.  I was 62, fit and healthy, with no cancer in my family.  Two years later – a blur of chemotherapy – the shock still reverberates.

But Time has become a trickster.  How fast those 2 years have raced by, and yet my Processwork training helps me also see it as a wonderful wake-up call. 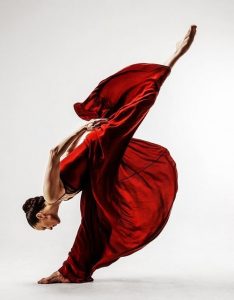 “Bow to Life and Death”

My high dream, the best it can be, is NOW is the time to practice what I’ve learned in 30 years of Processwork and Tibetan Buddhism.  I swing between that and my low dream, the worst it can be, which is the progress of this disease.

Processwork, which owes much to the ancient Chinese philosophy of Taoism, has taught me to let go.  “Be the river,” I say to myself.  “Why be against suffering?”  I eat uncertainty for breakfast, lunch and dinner and have nerves of steel!

In 2019, Over nine Million People Globally Will be Diagnosed with Cancer

25 years ago, cancer was talked about in hushed voices in huddled, hospital corridors.  Patients were rarely told they were dying.  Now the stark truth is instantly revealed.  We are also being asked to “die a good death.”  Good for whom? I ask.  I want to die however I die.

We are All Terminal

Many of us think only other people die.  We live in a death-phobic society, where
no-one wants to talk about it.  We pretend we are in control of our lives, until something happens like a car accident, or death of a loved one, or cancer.  Processwork addresses hidden topics openly and explores both polarities of fear and hope.

Life Changes in a Heartbeat

I recently ran a group process for a cancer group in Australia.  We went over the edge, meaning what we want to do next but can’t quite do yet.  What relief and fun, losing restrictions and becoming aware of our deeper, unknown truths.

One woman said, “When people ask me how I am, I would love to say, Dead woman walking, but I can’t.”  We all said it with her, falling off our chairs laughing.

(Further comments from that group are in italics.)

Process Work Helps by Naming Roles in Myself and the World

Living in cancer-land means roles are thrust upon us by consensus reality (mainstream society.)  “Superhero; be positive; battle the cancer; never give up and never say die.”  The media and friends are pressure-makers, encouraging us to charge headfirst into battle to beat cancer.  But all of us eventually lose the war with death!

There is also the smiling, peaceful, positive Buddha role which says, “I’m doing well and I’m confident.  I put on a brave face and never complain.”  Understanding these roles helps me not get ‘stuck’ but to move fluidly between them and other parts of myself.

“Be positive.  Positivity isn’t going to cure our cancer.”

So, how do we relate better to those who have a terminal disease?  We follow their process, by knowing how to follow our own.

Death is Certain and so Uncertain

My social activist role uses my primary (more conscious) anger to try to change things, not only for myself, but for others.  I am sadly aware that in many countries, people who don’t have money or live outside big cities, do not receive adequate, if any treatment.

“So are you all better then?”
“No, I’m never going to be better!  It’s terminal cancer, Sweetie”

Big Pharma makes a killing.  It costs $60,000 a year for a maintenance drug, with a 37 percent chance to increase remission time by 3.7 months!  The side effects cripple and kill us.  Are they serious?  Yes, deadly serious.  Feeling out of control is unbearable at times.
Processwork says, “Be in and out of control.  Both are ok.”

I befriend the fact that I will die

Natural therapies are a mirror-image of conventional medicine.  Costs are $250 plus per week for consultations and herbs.  Despite condemning each other, the different types of medicine share a similar process around the money!

“I envy you.  At least you won’t have a long life and know what you will die of.”
“Really?  Why don’t you swap places with me then?”

The Grief of Realizing Death is in Charge

Despite our best intentions the holding of hope and reality is indeed a difficult balancing act.  My secondary (more unaware) process is deep terror, not actually of death, but of the relentless development of the disease.  Would I ever have known having cancer feels so shameful?  My inner-work reply is, “Why be attached to anything?  Have it and let it go!”  But sometimes I’m just a puddle on the floor!  And that is ok too.

Process work Taught me to Not be Against Anything

I thank my PW teachers, Arny, Max, Julie, and my Australia and New Zealand Process Oriented Psychology (ANZPOP) friends and colleagues, as well as my Tibetan Buddhist teachers, for waking me up to the unending possibilities of dancing between suffering, detachment and bliss, while falling more in love with the wonder of Life and Death.

Cancer has Become my Teacher too

The real medicine our culture needs is to take death deeply into our hearts, water it with our tears and make it as natural as breathing.  Otherwise, we are mostly in sleep mode, walking through our lives.

“Between our two lives, there is the life of the cherry blossom,” Basho.

When I die, I hope I will be curious and excited to follow it as a process like any other, and Simply Be with What Is. 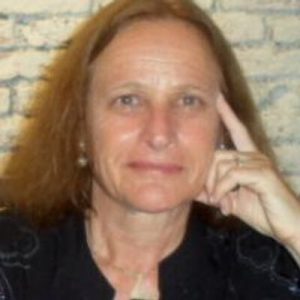 Sherry Tara Marshall (BSc. Sociology; MAA. Social Work, MA. Social Ecology, Diplomate, Process Work) has worked in private practice for 35 years and been a consultant for corporate and non-profit organisations.  She is on the Teaching Faculty of ANZPOP.

She was Director of Staff Counselling at RNS Hospital, Sydney Australia, and has helped HH Dalai Lama for 20 years.

To read more of her articles on line, please visit her website, Sydney Process Therapy.  You can find her book, The Search for Meaning; Connecting with Buddhist Teachers, at Amazon.