From Recovery to Discovery in Extreme States 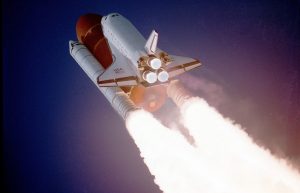 I was in fourth grade when the space shuttle Challenger exploded.  From that moment I wanted to be an astronaut. There was something about racing into space as well as the inherent risks in trying that held a strong appeal.  By the time the shuttle Discovery was retired in 2011, I assumed my space career was over.

I Didn’t Expect My Wish to Come True

Looking back, that 10-year-old aspiring astronaut wasn’t very specific about exactly where he wanted to travel.  Outer space or inner space?  And by what means?

In December of 2012 that childhood wish came true in an unexpected and disturbing way.  My trip to the stars happened not on the space shuttle, but in an extreme state of consciousness.

Like a rocket I swiftly developed a huge amount of energy, skipping sleep for five days.  No longer in the reality most of us can agree is happening, I felt like an alien visitor.  I experienced everything anew from a symbolic, unified and deeply interconnected perspective.  The familiar John who didn’t believe in mysticism, numerology and spirituality receded into the background.  All that remained was this steeply unfamiliar part of me.

This New Part Was Full of Surprises

During this time I began to hear bells that those around me don’t hear.  The bells answer some questions yes or no, and have helped me in countless ways, though they don’t respond when I ask them directly.  Crisp and beautiful, they have never led me astray.  They are messages from a trusted companion.

It was also during this time that numbers began to speak to me in extraordinary ways.  I first noticed them at 12:12pm on 12/12/12.  Such sequences have occurred hundreds of times since, and they are now a regular part of my life. 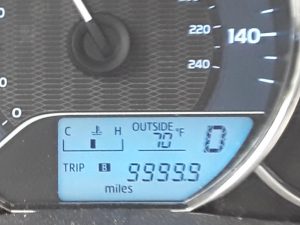 My car’s odometer reading 9999.9 on 9/9/18 on my way to a Hearing Voices Network facilitator’s training

The Astronaut in Me Needed Support

Just as traveling to space is risky and expensive, so are extreme states.  Though the energy, bells, sensations and numbers are magical to me, my behavior at the end of 2012 was deeply disturbing to almost everyone else.  I spoke quickly and forcefully using language that was difficult to understand.  I was in everyone’s face.  I spent all my money.  I held unusual beliefs.  I had trouble describing my state of mind.  I appeared to be out of control.

Eventually, in response to pressure from people around me, I found my way to the emergency room.  There, my experience was seen in a different light; as a mental illness.  Diagnosed with bipolar disorder, I was held against my will and coercively drugged.  I was told my experience needed to go away and that I would require medication for life.  The newly arrived part of me had been pathologized – viewed as a sign of sickness.  This began a war between the old and new parts of myself.

It’s painful to fall down from a spiritual emergence to a diagnosis of mental illness.  Traumatic memories of being trapped, powerful tranquilizers and strident assertions from mental health professionals made it very hard for me to access the newfound mystical features in my life.  By August of 2013 I no longer wanted to live.

A Reaction to Psychiatric Oppression

Many believe depression automatically follows mania.  But in my experience, depression was a response to psychiatric oppression.  This oppression was so powerful, I internalized it.  I agreed that my energy and experiences the previous year were symptoms to be managed, medicated and ultimately discarded.

At my innermost core I knew there was something valuable about my experience, but I felt alone with it.  This is why, when I found Processwork, firstly through Will Hall, and then through Gary Reiss, it was so incredibly refreshing. Viewed through Processwork, my extreme state was no longer a sickness.

When I shared my experience with Gary, he welcomed it, saying:

“You obviously have a lot of creative energy.  I believe the magic you experienced was real.  Do you want to ride this horse, make meaning and share that meaning with the world?”

I had found an ally who agreed with my innermost perception.

I Signed up for the Masters in Process Oriented Facilitation

The first night of the MAPOF program almost two years later was another defining moment for me.  As I introduced myself, I half-pathologized my own experience, saying I had been to Pluto.  After I shared my story, my new cohort mate, Camille Dumond, responded:

“John, we want you to go to Pluto!  And when you go, remember what you find so that when you come back, you can share it with us.”

This open and accepting attitude brought me to tears.

I Had Found My Astronaut School

Processwork has helped me welcome my mystical experiences rather than extinguish them.  It has given me a powerful framework and practical tools for navigating and integrating all my parts.

Today I’m no longer in an extreme state, and the mystical part of me that came forward so suddenly in 2012 never left.  I take note of the synchronicities in my life, and when the bells talk, I listen.  But also present is the familiar part I’ve known for most of my life.

As Gary has said to me:

“John – try being a little psychotic all the time!”

I’ve never liked the word recovery because it implies altered and extreme states are a sickness we must recover from.  Recovery also implies we need to cover up (re-cover) newly emerged parts of ourselves in order to get well.

Instead of re-covering, I opt to rid myself of the cover altogether.  I now choose to dis-cover, and allow all my parts a chance to live.

I’m Not in Recovery – I’m in Discovery

To learn more, you can watch John’s webinar on Processwork and Extreme States. 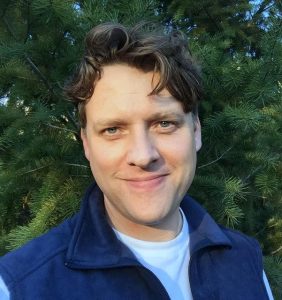 John Herold is a facilitator, speaker and trainer from Gig Harbor, Washington.  He is the founder and director of Puget Sound Hearing Voices, now in its fourth year of weekly meetings.  John’s work is deeply influenced by his personal lived experience with extreme states and psychiatric survival, his involvement with the Hearing Voices Network as well as his master’s training in Processwork.  He is passionate about spreading non-pathologizing ways of understanding experiences often labeled as mental illness.  In 2017 John received an Inspirational Person Award from Intervoice: The International Hearing Voices Network.